Ah, I like you. You’re interested in corsetry, but not too hung up about the specific categories. If you prefer to meander through the corset fields instead of sticking to a particular beaten path, enjoy the wide assortment of topics below!

Introducing the new Corset “Paper Doll” Designer!
This is the project I've been waiting so long to tell you about (well, one of them). It started around

Another Day, Another Dollar – is that corset worth it?
There's an old saying that goes, "Another day, another dollar" which originally meant a humdrum work day (if I understand

Corset Vlogger Interview at Orchard Corset
Some of you may have already known that back in early June 2013, I and several other corset vloggers (including 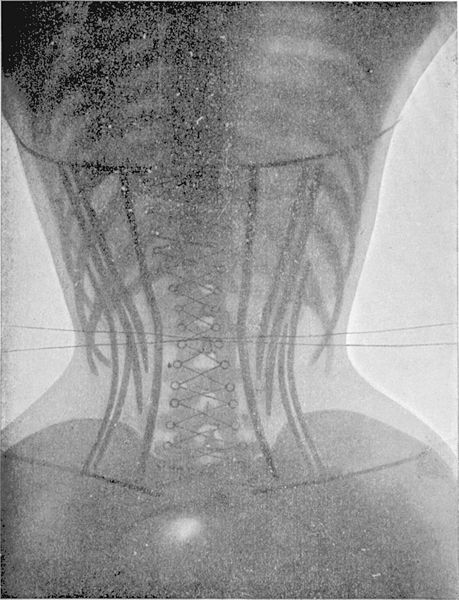 Corset Troubleshooting: “My knots and bows keep slipping!”
I openly admit that I have never been a Girl Scout and I only know how to tie a handful

Responding to Media Sensationalism… Again.
One of my friends linked me to Hidden Killers of the Victorian Home yesterday evening, in which one reporter uncovers the

The 5 most important factors of an OTR corset
I very much admire Marianne Faulkner of Pop Antique/ Dark Garden for her most recent article on The Lingerie Addict,

The Campaign is Over – Now What?
After my last call to action a bit more than a week ago, I was so happy to see many

Measuring your Internal (true) Corseted Waist
This article is a transcript of the video "How to Determine Your Internal Waist Measurement" on Youtube. You are free

“Corset Hacks!” 5 Non-Obvious Corset Tools I Can’t Do Without
When I bought my very first corset, I thought I was pretty much set. Some accessories like liners are obvious,
« Previous 1 … 4 5 6 7 8 Next »

Join the corset party on Patreon!

Solaced is a heartwarming 418-page anthology containing 101 real stories from real people about the medical benefits they experienced while wearing corsets. Now available in paperback!!

Lucy’s Amazon Picks
We use cookies on our website to give you the most relevant experience by remembering your preferences and repeat visits. By clicking “Accept All”, you consent to the use of ALL the cookies. However, you may visit "Cookie Settings" to provide a controlled consent.
Cookie SettingsAccept All
Manage consent

This website uses cookies to improve your experience while you navigate through the website. Out of these, the cookies that are categorized as necessary are stored on your browser as they are essential for the working of basic functionalities of the website. We also use third-party cookies that help us analyze and understand how you use this website. These cookies will be stored in your browser only with your consent. You also have the option to opt-out of these cookies. But opting out of some of these cookies may affect your browsing experience.
Necessary Always Enabled
Necessary cookies are absolutely essential for the website to function properly. These cookies ensure basic functionalities and security features of the website, anonymously.
Functional
Functional cookies help to perform certain functionalities like sharing the content of the website on social media platforms, collect feedbacks, and other third-party features.
Performance
Performance cookies are used to understand and analyze the key performance indexes of the website which helps in delivering a better user experience for the visitors.
Analytics
Analytical cookies are used to understand how visitors interact with the website. These cookies help provide information on metrics the number of visitors, bounce rate, traffic source, etc.
Advertisement
Advertisement cookies are used to provide visitors with relevant ads and marketing campaigns. These cookies track visitors across websites and collect information to provide customized ads.
Others
Other uncategorized cookies are those that are being analyzed and have not been classified into a category as yet.
SAVE & ACCEPT