This entry is a summary of the review video “Tighter Corsets ‘Ref R’ Underbust Review” which you can watch on YouTube here:

The pattern for this corset is a very heavily modified version of the “Ref R” Jackson corset pattern sold in Atelier Sylphe’s Etsy store. The original version is a standard-sized overbust (seen right), while my corset had been cut down to an underbust with a high-cut hip. The pattern was also adjusted in length and in proportion for a custom fit, which I find very impressive – having done this in the past with different patterns, this can almost be more laborious than making a new pattern from scratch sometimes!

The embellishment in this corset is elegant and understated, which reflects a lot about the corsetiere’s skills (she’s confident enough in her work that she doesn’t have to make a corset “loud”). Each panel is accentuated with narrow piping made from foiled gold leather, which matches the antique brass hardware (the busk and grommets) in a beautiful way. The multitude of narrow panels, piping and the smooth Victorian hourglass silhouette elongates the waist while not sacrificing a decent reduction (this corset closes just short of 23″).

In the center front there are four tiny flossed arrows, which adds some further interest to the corset but doesn’t overwhelm it. April knew that I loved flossing (especially styles that venture beyond traditional Xs and Vs), and I trusted her to choose the style of flossing. I had also opted for a remote mockup fitting (seen left); April was very professional and pointed out little areas she wanted to tweak that even I had overlooked.

All in all, I’m quite happy with the outcome of this commission – the only complication was that the bones in the back by the grommets were on the flexible side (which was good as it curved to my lumbar spine and didn’t dig into my tailbone at all), but I simply had to switch the lacing method of this corset so as to increase the control of cinch around the waist – in all honesty, the flexibility of the back bones was less extreme than in many other corsets I had reviewed in the past, but April and I still discussed the cause of bowing and came up with some solutions to fix it in her future corsets; she’s very responsive to her clients’ concerns and eager to experiment and improve – I have nothing but positive things to say about the way April conducts her business.

If you would like to learn more about Tighter Corsets, be sure to check out her Facebook page here, or email her here.

Solaced is a heartwarming 418-page anthology containing 101 real stories from real people about the medical benefits they experienced while wearing corsets. Now available in paperback!! 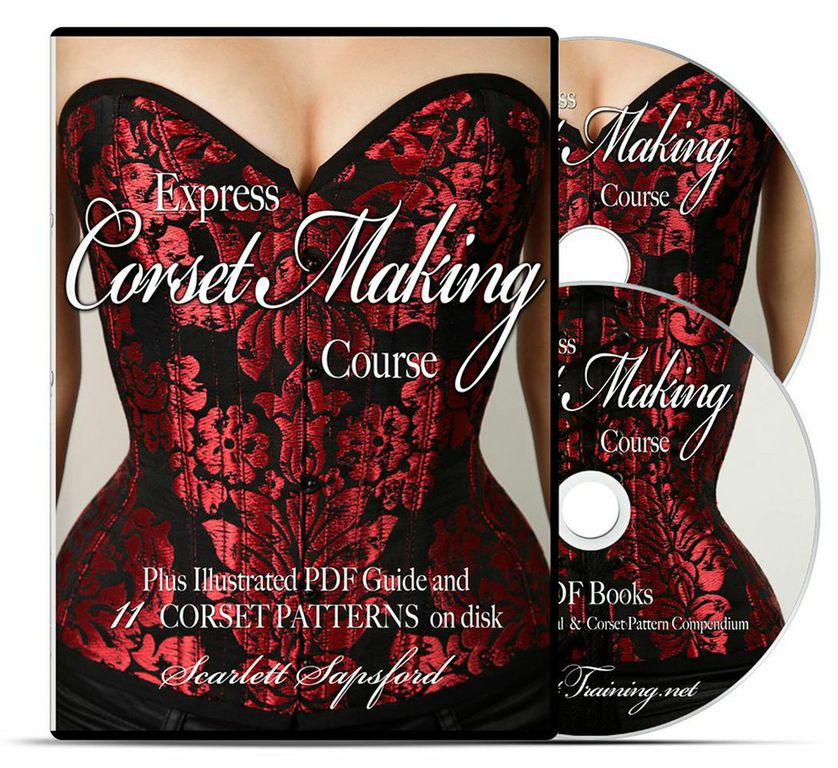 Get my new book (delivered in as little as 2 days worldwide) 📕 Learn more here! Dismiss